Dragons Football Beats Southfield in OAA Opener for Both Teams 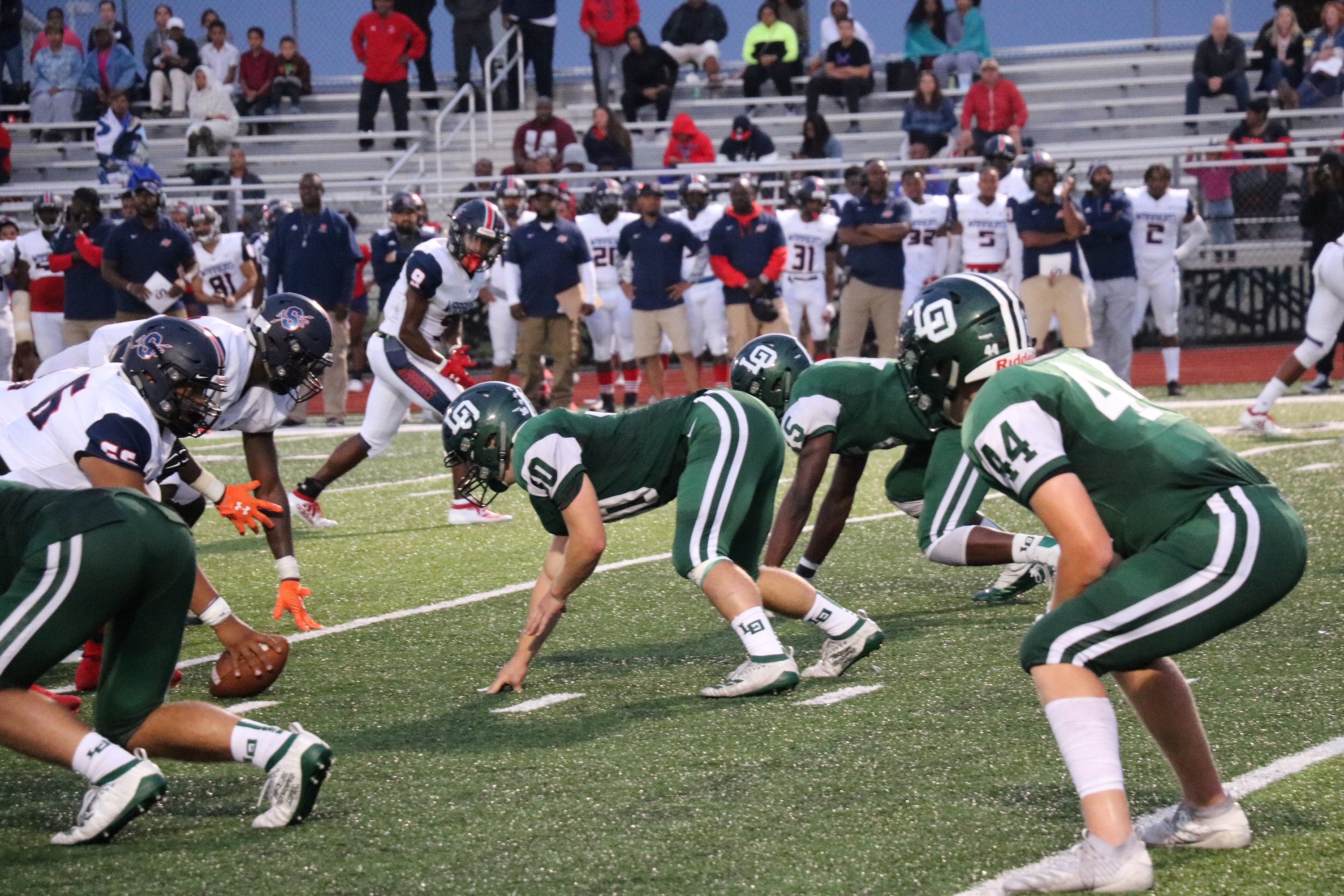 Dragons Football Beats Southfield in OAA Opener for Both Teams

Home openers are always special, but this one seemed to have a more significant vibe for the Lake Orion football team.

For the first time since 2013, the Dragons entered their second overall game of the season 1-0, students were back in classes in full this week and got to spread word about the game, and the opponent, Southfield A & T, created an intriguing matchup of 1-0 teams by virtue of its upset of state power Clarkston in its opener.

The community was obviously loud and proud with football returning to Dragon Stadium before it started with tailgates around the stadium, and it only got louder as the night went on with the brilliant display of football they saw from the Dragons.

Lake Orion jumped all over Southfield A & T from the start, held off a brief surge from the Warriors in the second quarter and then sprinted away in the second half, earning an eye-opening 37-7 win.

A week after Southfield A & T had a statement win, Lake Orion turned the tables and sent a message to the rest of the state that a special season could be in store in 2019.

“I think we are showing people that we are different than in the past couple years,” senior quarterback Blaze Lauer said. “Lake Orion is back.”

There are still plenty of tests to be passed to prove that’s entirely true, starting with next week’s home showdown against 2-0 and high-powered Rochester Adams, but the rout of a speedy and talented Southfield A & T squad sure offered plenty of great signs for Lake Orion.

The Dragons got off to a dream start, taking a 14-0 lead less than six minutes into the game.

After forcing a Southfield A & T three-and-out to start and getting the ball on the Southfield A & T with 8:32 left in the first quarter on a 39-yard touchdown run up the middle of the field by Lauer.

Executing a run-pass option, Lauer read the Warriors’ defense perfectly, found space after keeping the ball and outsprinted the defense to the end zone.

Lake Orion forced then forced another Southfield A & T punt deep in its own end, and the Warriors gambled with a fake punt run.

Two plays later, Lauer scored on a 28-yard touchdown run to give the Dragons a 14-0 lead with 6:11 left in the first quarter.

“I don’t think any of us envisioned jumping out that quickly,” Lake Orion head coach John Blackstock said. “I think that played a huge part in the whole game.”

Southfield A & T answered back with a 73-yard touchdown run by junior running back Rae’Quan Lee with 5:53 to go in the first, but Lake Orion steadied the ship from there when it appeared as if the Warriors were going to climb right back in it.

The Warriors drove deep into Lake Orion territory in the second quarter, but the Dragons stopped them on downs at their 12-yard line following an interception on 4th-and-long.

Lake Orion took advantage of the momentum, driving down the field on its next possession and collecting more points, this time three points on a 28-yard field goal by Connor Ross to put the Dragons up 17-7 with under eight minutes left until halftime.

Southfield A & T mounted another drive into Lake Orion territory, but the Dragons stopped the Warriors on downs at the 24-yard line before starting a backbreaking drive.

Lauer then delivered a strike over the middle of the field to Mitchell Howell for a 20-yard gain to give Lake Orion a first down at the 14-yard line.

On the next play, Lauer threw another beautiful ball, this time to the corner of the end zone to senior wideout Drew VanHeck, who hauled in the touchdown pass with 18.7 seconds left to put Lake Orion up 24-7.

The drive went 76 yards in five plays and took just 37 seconds off of the clock.

“We went into that thinking, ‘Let’s see what we can get on this first down play with Kobe,’” Blackstock said. “You hope he rips off one and the offensive line did a great job opening up holes.”

The momentum gained from that last-minute scoring drive carried over into the second half.

The Lake Orion defense kept getting stops, and the Dragons essentially put the game away on a 33-yard touchdown run by Manzo up the middle of the field on the first play of the fourth quarter that made it 31-7 Lake Orion.

Lauer added a 1-yard touchdown run in the fourth quarter to complete the rout, an opportunity that was set up after a 39-yard return following a fumble recovery by senior Ashton Croll.

It all added up to an impressive win, a 2-0 start, and confidence soaring more and more by the minute for the Dragons.