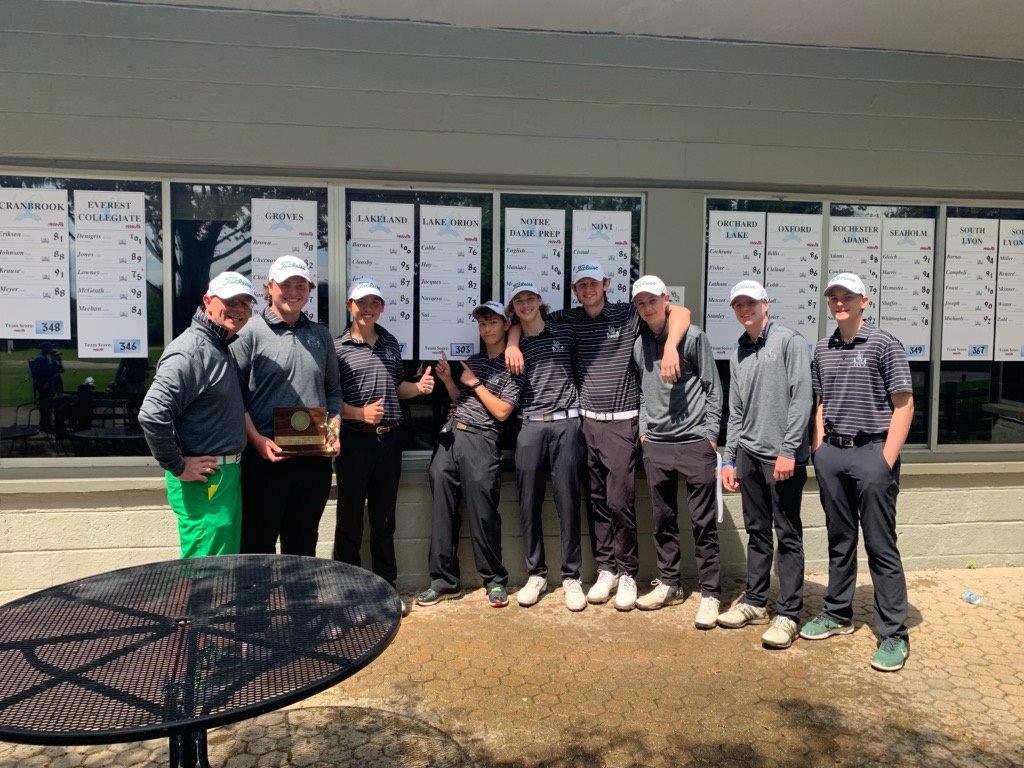 The Lake Orion Dragons Varsity Golf Team continued their strong play this season by capturing the Oakland County Golf Championship.  The weather finally cooperated for a great day of golf at Pontiac CC for the Championship, but the wet spring had already created a saturated golf course.  The playing condition were very difficult, but that did not stop the Dragons from capturing the County Championship for the first time since 2013.  The team was led by Justin Sui (72) which was 2nd overall, Andres Navarro (73) which was 3rd overall and Drew Coble (76) which was 10th best in the field of 124 players.  Andrew Jacques (82) was the fourth and final score to count as a the Dragons edged the Clarkston Wolves by 2 shots!  The top five team finishers for the county were; Lake Orion 303,  Clarkston 305,  Novi Catholic Central 318, Bloomfield Hills 320 and Walled Laked Northern at 325.
This Championship comes at a great time as the team starts to prepare for the post season playoff run.   The MHSAA Regional Competition will be at Twin Lakes Country Club on May 29.