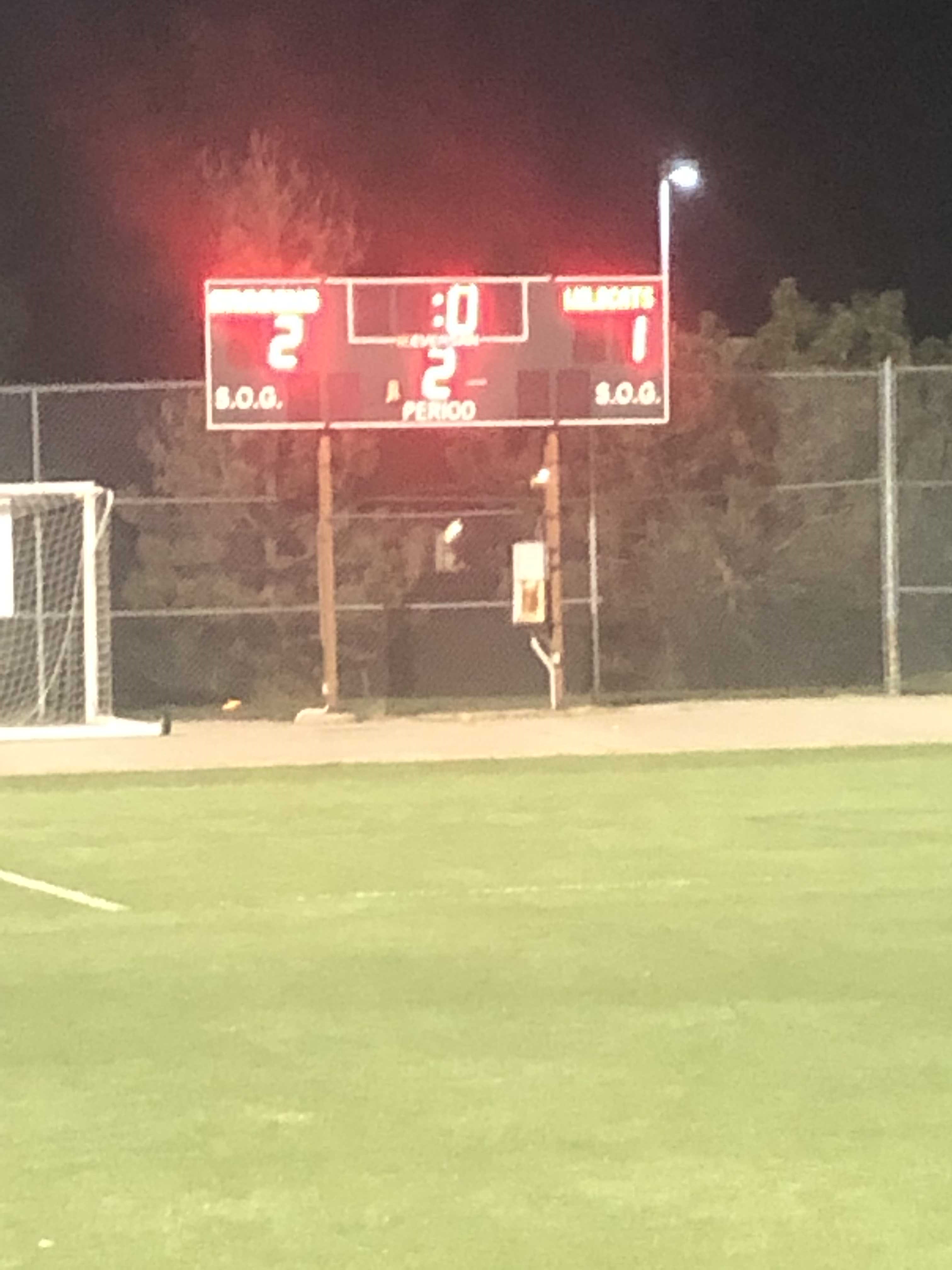 The Lake Orion Dragons Varsity Soccer Team moved to first place in the tough OAA White Division with a 2-1 victory over the rivals to the north, the Oxford Wildcats.  The game was close throughout with Oxford controlling much of the play in the 2nd half.  But goals by Keethan Punniyamoorthy and Michael Boger along with a great team defensive effort was enough to give the Dragons the win.  The Dragons are now 9-2 on the season and undefeated in the OAA White at 2-0.  The Dragons know there is a lot of season left to play so they need to bring their best each night.